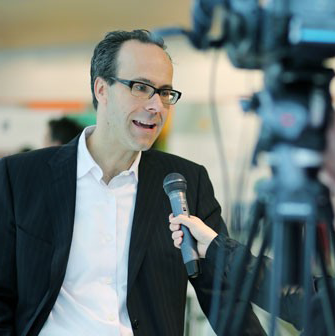 Frank Piller a professor of technology and innovation management at RWTH Aachen University, Germany, one of Europe’s leading institutes of technology. At RWTH Aachen, he currently serves as a Vice Dean for Strategy of the School of Business and Economics. Before entering his recent position in Aachen, he worked at the MIT Sloan School of Management (2004-2007) and has been an associate professor of management at TUM School of Management, Technische Universitaet Muenchen.

Prof. Piller is regarded as one of the leading experts on strategies for customer-centric value creation, like mass customization, personalization, and innovation co-creation. His current research focuses on the need of established corporations to deal with disruptive business model innovations and supporting organizational structures and cultures. At RWTH Aachen, he is a principle investigator of the Cluster of Excellence on Flexible Production Technologies, focusing on business models for additive manufacturing. He is the Chairman of a cross-industry group hosted by VDI (Verein Deutsche Ingenieure) to develop standards in the field of platform-based digital business models („Fachausschuss Geschäftsmodelle für Industrie 4.0„).

Under Frank Piller’s leadership, his group at RWTH became one of the globally leading research centers for open and distributed innovation, supported by competitive research grants of about US$1million annually.   As indicated by a h-Score of  44, >10,000 citations of his publications (Google Scholar), a Klout score of >60, and more than 250 general press articles about his studies (and listed as the only German professor on LDRLB’s „Top50 Profs on Twitter“ list), his work has attracted broad attention and reception in academia and the management community.

Frank Piller is an acclaimed speaker at management conferences and in executive education programs around the world. He has consulted and delivered executive workshops for most Dax30 and many Fortune500 companies and contributed teaching modules as a guest professor at a number of leading business schools, including HKUST, IE Business School, Vlerick, St Gallen, TUM, or MIT. At RWTH, he is a recipient of the RWTH Teaching Award of 2010 and 2015. Frank also received an award for teaching innovation within the German Exzellenzinitiative for introducing the first European MOOC with ECTS points, a potentially disruptive innovation to the business model of established universities.

In addition to his academic endeavors, Frank is engaged as an investor, partner, or advisor in several companies. In the moment, his largest hobby is Doob Group, a pioneer in 3D printing & modelling, where he serves as a non-executive board member and active investor.